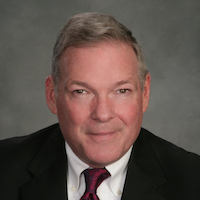 Richard graduated from Sussex Central High School in his hometown of Georgetown, DE in 1978. He attended Fork Union Military Academy Prep in 1978-1979 and graduated from Virginia Military Institute in Lexington, Virginia in 1984. Richard, a lifelong resident of Delaware, moved to Wilmington in 1984. His mother, Helen still resides in Georgetown, DE.

Richard has been in the financial services industry since 1984. He was the Rockwell Associates Rookie of the Year in 1985, is a lifetime member of the NEF Leaders Association, and has won the Pacesetter Award with Rockwell Associates from 1985 to the present. Since joining HTK in 2004, he has qualified for Leaders five times and the Chairman’s Club.

Richard’s professional services are as follows: