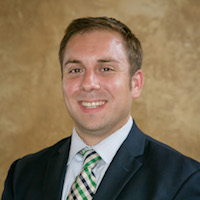 Chris Lyman joined the team at 1847Financial in 2014 after spending the first five years of his career at Penn Mutual, structuring and issuing new life insurance policies. Chris Graduated from Monmouth University in 2009 with a Bachelor’s Degree in Finance. While pursuing his degree, he expounded his learning by working in a local Investment and Savings Institution, as well as being a Peer Mentor for other students. Chris holds his Life, Accident, and Health Insurance licenses and his securities registrations (Series 7, 63, & 65). He also holds the Certified Financial Planner® (CFP®) designation.